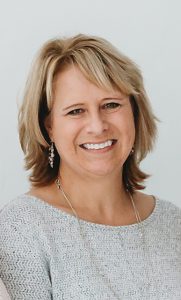 After earning a Bachelor of Arts degree in Criminology from The Ohio State University, Britta began her claims career with State Auto Insurance Company in 1994 as a multi-line Claim Representative.  Over the course of her career with State Auto, Britta served in several key roles.  She was part of the start up team for  the Central Claims Department, serving as Lead Trainer and Supervisor for the department as it quickly expanded.  Britta also worked as a Claim Examiner, handling and/or overseeing litigated claims as well as large and/or complex claims for personal & commercial auto, homeowner, commercial general liability, and bad faith litigation.

In 2007, Britta was promoted to Corporate Claims Staff, then to Corporate Claim Manager in 2009. Britta’s Corporate responsibilities included management of Claim Examiners and General Adjusters for casualty claim litigation and large loss exposures. She was a member of the Large Loss Committee and State Auto’s Core Management Team.

Throughout her management-level tenure, Britta was also responsible for oversight of bad faith litigation and exposure, company-wide, for both property and casualty claims. She monitored frequency and severity and provided direction on strategy. She met regularly with General Counsel and was a member of the company’s Litigation Compliance and Disclosure Control Committee. She also served as liaison between State Auto and its E&O and Excess carriers to fulfill bordereaux and individual case reporting requirements. Britta successfully developed and implemented a National Coordinating Counsel program that drove efforts to ensure proper exposure monitoring, consistency of company position, and a pro-active approach for defense or settlement of bad faith claims in all of State Auto’s states of operation.

Britta began her independent career as a Professional Claim Consultant in 2012, providing support to law firms and insurers in the areas of bad faith claim review, coverage analysis, personal injury evaluation and negotiation, and claim auditing.  She expanded into Expert Witness work in 2014.